Rabies is a serious condition due to a virus. It is mainly a disease that affects animals but humans can also acquire the condition when infected animals bite humans. The virus is transmitted to humans via the saliva. Rare cases occur when the saliva enters the eyes or mouth or into an open wound.

Infected wild animals such as bats, raccoons, skunks, coyotes and foxes usually transmit the disease to humans. In some countries, infected dogs are the most common source of transmission to humans. If an individual has been bitten by an animal, it is vital to seek immediate medical care.

The symptoms can manifest as soon as a few days after being bitten by an infected animal. Nevertheless, in most circumstances, the symptoms might not occur until weeks or months later. 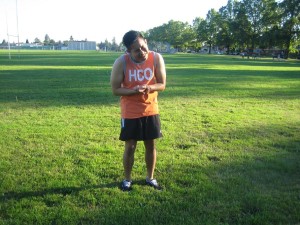 The symptoms can manifest as soon as a few days after being bitten by an infected animal.

The distinctive symptoms of infection include twitching or tingling sensation in the muscle tissues surrounding the area of the animal bite.  Once the virus leaves the local bite site, it travels up to a neighboring nerve to the brain and can trigger the following symptoms:

The advanced stages of the infection where the infection spreads to other parts of the nervous system can lead to the additional symptoms such as double vision, difficulty moving the facial muscle, unusual movements of the diaphragm and muscles controlling breathing and difficulty swallowing along with increased saliva production.

Rabies is both preventable and treated with the rabies vaccine. The rabies vaccine is made from killed rabies virus. The vaccine could not cause rabies. The current vaccines are relatively painless and administered in the arm similar to other common vaccines.

If the individual has been bitten by an animal or exposed, a doctor should be consulted or bring to the nearest emergency department right away. The doctor will clean the wound thoroughly and given tetanus shot if not updated with his/her tetanus immunization.

Rabies is considered fatal if not treated early. Generally, once an individual with the condition experiences the symptoms, they do not survive. It is vital to seek medical attention right away especially if the bite came from a wild animal.

Individuals at high risk for exposure must be given the rabies vaccine before in contact with animals that have rabies such as animal handlers, veterinarians and healthcare professionals.