A diaphragm spasm can occur due to various reasons. It is important to note that the diaphragm is positioned amidst the upper abdomen and chest which aids with breathing.

Certain conditions and complications can trigger diaphragm spasms that can disrupt with normal breathing and can cause discomfort.

A diaphragm spasm is often brief especially if it arises due to a “sucker punch”. Other possible causes might have additional symptoms linked with them. 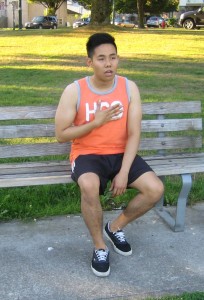 A diaphragm spasm is often brief especially if it arises due to a “sucker punch”.

If an individual has hiatal hernia, a section of the stomach moves up via the diaphragm in the hiatal opening. A small hernia will not trigger any issues but a large one can trigger pain, difficulty breathing, diaphragm spasm and other symptoms.

The phrenic nerve controls the muscle of the diaphragm. It transmits signals to the brain which enables breathing. If the nerve is irritated or damaged, automatic breathing is disrupted.

The diaphragm might be briefly paralyzed if the individual sustained a direct strike to the abdomen. After being struck, there is difficulty breathing and diaphragm spasm.

Side stitches can oftentimes occur if exercise is started or if training becomes intense. If the individual overexerts during exercise, diaphragm spasm can occur.

This is a rare condition that can be wrongly diagnosed as a diaphragm spasm. It can also be caused by irritation of the phrenic nerve.

Controlled breathing can help stop the diaphragm spasm. Other treatment options are based on the cause.

What is the outlook?

The outlook for a diaphragm spasm is based on the root cause. Nevertheless, most cases require either home measures or medical care to manage the symptoms.