Individuals who spend a lot of time outdoors should watch out for any ticks that might stick on clothing. Even though some ticks do not cause any health issues after leaving behind a bite, certain species specifically the deer tick can transmit a disease to humans. Lyme disease is described as a transmittable disease that is caused by Borrelia burgdorferi which are spiral-shaped bacteria spread by ticks. This condition is typically described by an increasing ring-like, erythematous lesion on the skin along with flu-like symptoms such as sore throat, headache, fatigue, stiff neck, chills and fever.

It is important to note that Lyme disease is not deadly and can be treated with antibiotics. On the other hand, if not treated, it can result to chronic arthritis, joint pain and even cardiac and neurological disorders in some cases.

Lyme disease is considered as a serious health threat and one of the prevalent insect-borne diseases in different parts of the world. The health departments in areas with high cases of reported Lyme disease usually provide education campaigns including literature distribution, seminars and emails designed to promote public awareness on ways to minimize the risk for tick bites. 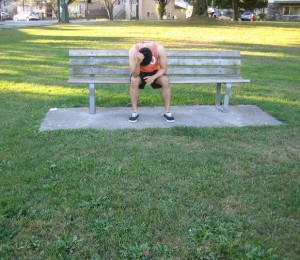 This condition is typically described by an increasing ring-like, erythematous lesion on the skin along with flu-like symptoms such as sore throat, headache, fatigue, stiff neck, chills and fever.

The increasing cases of Lyme disease is linked to factors such as increased exposure to urban wildlife as well as global warming which promotes conditions favorable to increased tick survival, seasonal activity of these insects as well as wider spatial distribution of the tick vectors.

Antibiotics are the mainly used in managing Lyme disease. Some of these antibiotics include penicillin, doxycycline or amoxicillin that are taken orally by the individual. In severe cases, these medications should be infused intravenously in the hospital or an outpatient clinic, especially when the nervous system is involved.

The follow-up care is vital for those who have Lyme disease who finished a course of antibiotic treatment but still experience complications such as sleep disturbance, cognitive difficulties and severe fatigue.

The doctor should rule out other conditions that might be responsible for causing the symptoms of Lyme disease and determine further treatment options. Those who were admitted to the hospital and treated with IV antibiotics should be carefully monitored for at least a few weeks right after discharge from the hospital.

Once an individual is suspected with the early signs and symptoms of Lyme disease, it is vital to consult a doctor for proper diagnosis as well as start the appropriate treatment. In case the condition is not treated early, it will surely lead to the development of serious complications that can be debilitating.