A hairline fracture is characterized as a miniature crack or severe bruise in a bone. The injury is prevalent among athletes particularly those that involve jumping and running. Those who are diagnosed with osteoporosis are at risk.

The fracture is often due to overuse or repeated actions where microscopic damage develops on bone over time. If the body could not heal between activities, it often leads to this injury.

The bones of the leg and foot are susceptible to a hairline fracture. The reason for this is that the bones take in significant stress while jumping and running.

What are the indications? 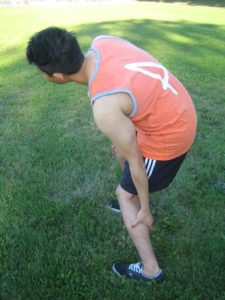 The fracture is often due to overuse or repeated actions where microscopic damage develops on bone over time.

The usual sign of a hairline fracture is pain. The discomfort might worsen gradually over time particularly if the individual does not stop engaging in weight-bearing activity. The pain is usually worse during activity and subsides while at rest.

Management of a hairline fracture

If an individual is suspected with a hairline fracture, some of the remedies that can be done at home before consulting a doctor include:

If the pain is severe or does not settle with rest, a doctor should be consulted for further treatment.

The doctor might suggest crutches to take off weight from the affected leg or foot. A protective footwear or cast is also used.

Since it typically takes 6-8 weeks to fully recuperate from a hairline fracture, it is vital to make the necessary modifications to activities during this period.

In some cases, a hairline fracture requires surgical intervention in which the bones are supported by pins or screws to secure the bones together as they heal.

The information posted on this page on a hairline fracture is for learning and educational purposes only. To learn how the injury is treated, register for first aid training at one of our training centers located throughout Canada. The training centers are in Edmonton, Calgary, Vancouver, Kelowna, Saskatoon, Victoria, Surrey, Mississauga, Winnipeg, Red Deer, Toronto, Ottawa and Halifax.