Asthma involves narrow and swollen airways which lead to breathing difficulties and increased production of mucus. The symptoms of asthma include the following:

Always bear in mind that medications are commonly used in managing asthma. The bronchodilators work by rapidly opening the airways that causes the breathing difficulty due to the swollen airways. Other relief medications include short-acting beta agonists, ipratropium and intravenous or oral corticosteroids. The long-term medications are often taken on a daily basis at specific times which includes combination inhalers, leukotriene modifiers, inhaled corticosteroids, theophylline and long-acting beta agonists. 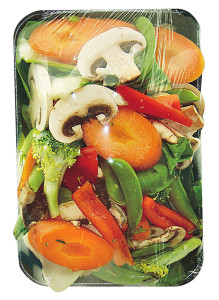 When a toddler has iron deficiency, he/she has reduced level of energy, dizziness, as well as headache, shortness of breath, weight loss and irritability.

Can iron deficiency cause shortness of breath

Lack of sufficient iron-rich foods in the diet can put toddlers at risk for developing iron deficiency. Children between 1-4 years old are rapidly growing which uses up the iron supplies in the body.

When a toddler has iron deficiency, he/she has reduced level of energy, dizziness, as well as headache, shortness of breath, weight loss and irritability. The addition of iron in the diet of the toddler can boost the levels back to normal. Foods that are ideal sources of iron include dried fruits, lean red meat, beans, whole grains, iron-fortified cereals, seeds, eggs and certain vegetables such as asparagus, broccoli and spinach.

Bronchitis involves the bronchial tree which is comprised of small-sized tubes that transport air into both lungs. Once infection develops, the small tubes have mucus and eventually become swollen.

A virus is responsible for this infection in most circumstances. Toddlers who have acute bronchitis can end up with a sore throat, wheezing, chest congestion, shortness of breath, body aches, fever, chills and cough with greenish, yellow or clear mucus.

In most circumstances, the viral infection clears up without medical care. If the symptoms are quite bothersome, non-steroidal anti-inflammatory drugs (NSAIDs) can be taken to relieve the aches and pain while acetaminophen can relieve the fever. In case wheezing is present, asthma medications are beneficial. Avoid using over-the-counter cough and cold medications for the toddler.