The spring season has always been a much-awaited time of year where flowers are abundant, but it is also the time when sensitive individuals end up with frequent wheezing episodes. Wheezing is likely to occur due to the abundance of blooming flowers which leads to increased volume of pollen in the air that can instigate an allergic reaction that triggers the lungs to tighten that result to the episodes. If the breathing is labored during the spring season, it is vital to be familiar with the possible causes and effects of pollen in the lungs. 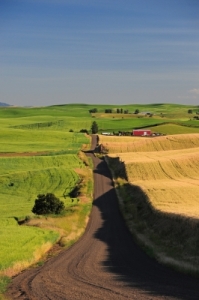 Pollen is an allergen which is capable of triggering an allergic reaction in some individuals.

Wheezing is described as a high-pitched, creaking sound. This is triggered by the constriction or narrowing of the airways which obstructs the airflow. The individual must strive harder to breathe and the increased air pressure in the constricted airway causes the wheezing. Remember that there are various causes of wheezing but pollen is generally associated with asthma.

Connection with hay fever and asthma

Pollen is an allergen which is capable of triggering an allergic reaction in some individuals. The allergies to pollen are typically called as hay fever. The allergy can cause congestion, sneezing, runny nose and an itchy throat without the wheezing episodes.

Take note that the conditions trigger the asthma symptoms among asthmatics that are also allergic to pollen. If the individual is wheezing and might believe that it is linked to pollen, a doctor should be consulted regarding a possible treatment for the asthma.

Caring for wheezing among children

In a study that focuses on the link between wheezing and childhood asthma, it was revealed that asthma is common during childhood. Nevertheless, asthma among children tends to vary in intensity with symptoms such as rapid breathing, lingering cough or shortness of breath.

Parents must be well aware of the indications of asthma. In case the child experiences wheezing episodes, especially after exposure to pollen, a doctor should be consulted.

Wheezing can also be triggered by airway obstruction, anxiety and other conditions. Always bear in mind that anaphylaxis can be indirectly caused by pollen allergy. Those who have a severe allergic reaction to certain types of pollen can also end up with an allergic reaction to foods linked with pollen which results to wheezing as the throat becomes swollen.

The shortness of breath is considered normal in certain situations. Bring the individual to the nearest emergency room only if the wheezing occurs abruptly and becomes worse such as cases that are accompanied by chest pain or fever.

A doctor should be consulted if shortness of breath occurs. It is recommended to avoid engaging in any outdoor activities if the pollen count is high especially during early morning. It is vital to keep the windows closed and avoid hanging the laundry outdoors.