Ticks are tiny, spider-like creatures that can attach to the skin, which often result to tick bites. One can come across them while walking outdoors and attach to their new hosts even by brushing grass, bushes and plants. Once attached to their new hos they migrate to the warm, moist regions of the body, such as the hair, armpits and groin. After finding a secure area, they firmly attach to the skin and begin to draw blood. Sizes vary from almost impossible to be seen to fairly large, such as the size of a pencil eraser. Generally, ticks do not carry diseases and most tick bites are harmless. However, they may also carry various diseases ranging from mild to fatal. 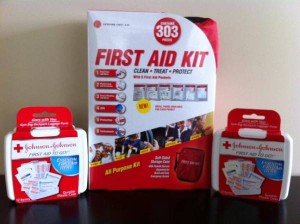 Tick-borne diseases are caused by infection from various disease-causing agents, including bacteria, viruses and protozoa. It is not uncommon for ticks to carry more than one pathogen at a time. Some of the most common diseases transmitted from tick bites include:

Due to the many illnesses a tick bite can bring, it may be hard to pinpoint the illness present in the host. That can be determined by the physician attending the patient. However, while waiting for emergency medical assistance or on the way to the hospital, first aid can be administered to the patient. Disclaimer: the advice to be mentioned does not substitute first aid training or doctor’s treatment. Always seek for medical help if symptoms aggravate.

The information posted on this page is for educational purposes only.
If you need medical advice or help with a diagnosis contact a medical professional