Alcohol overdose or poisoning is a health issue that arises after excessive intake of alcohol. It is likely to occur if an individual drinks large amounts of alcohol at one time.

The immediate action is to call for emergency assistance if an individual is suspected with alcohol overdose. Remember that this is a serious condition that can be dangerous.

Alcohol is a drug that affects the central nervous system. It works as a depressant since it slows down movement, speech and reaction time. It can also affect different organs in the body. An overdose occurs when drinking more alcohol than what the body can process safely. 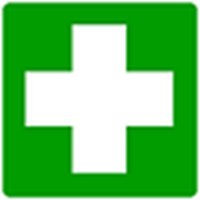 Since alcohol depresses the nervous system, serious complications might arise if drinking at a rate that is faster than what the liver can process such as slowed or cessation of breathing, seizures or cardiac arrest.

The indications of alcohol overdose generally include:

Since alcohol depresses the nervous system, serious complications might arise if drinking at a rate that is faster than what the liver can process such as slowed or cessation of breathing, seizures or cardiac arrest.

If the breathing slowed to less than 8 breaths in a minute or could not be roused, call for emergency assistance.

In case overdose is suspected and the individual is unconscious, do not leave him/her alone. The individual should be positioned on his/her side in case he/she vomits. Stay with the individual until the emergency team arrives on the scene.

Alcohol overdose is generally managed in the emergency department. The doctor will monitor the vital signs.

In case serious symptoms arise such as seizures, the doctor might provide further treatment including:

The information posted on this page on alcohol overdose is for learning purposes only. Learn to recognize the indications of poisoning and how it is managed by taking a standard first aid course with Red Deer First Aid.