A person can experience radiation exposure by either alpha particles,

beta particles and gamma-radiation.  Basically, radiation is only harmful once it penetrates the skin and causes severe damage to the body in a not just the cellular level but more importantly the DNA level as well.

Alpha particle exposure cannot penetrate the skin and with sufficient clothing it is basically cannot break through the skin. However, this low-level radiation can enter the body through inhalation, ingestion or via an open wound. Alpha particle exposure has localized effects and are not as severe as the subsequent radiation exposure. Beta particles on the other hand have the ability to moderately penetrate the skin to the layer in which new cells are being produced. This high energy radiation can cause skin damage if the skin is exposed to the particles for prolonged periods of time and can cause further injury once it penetrates the skin. Gamma-radiation is a short-wavelength electromagnetic energy that is emitted when there is excess core nucleus energy. It is important to note that gamma particles are penetrating therefore special equipment such as hazmat suits are the most effective ways to shield against this type of radiation exposure.

Measurement and detection of radiation exposure

Radiation exposure is difficult to trace without any specialized equipment since it is practically invisible.  The only means of detection is through a device called the Geiger counter wherein it can measure background radiation quickly through detection of gamma and some beta-particle radiation.  With high level radiation, the Geiger counter may underestimate exposure hence may provide false radiation level readings. Other devices include the ionization chamber survey meter, alpha monitors and dose-rate meters. Personal dosimeters are simple yet effective tools in identifying radiation exposure and are normally worn by radiology personnel.

Degree of radiation exposure is affected by time, distance and shielding. The longer the person is within the radiation area, the higher the exposure. Moreover, the larger amount of radioactive material in the area, the higher the rate of exposure becoming much lethal. Shielding is from the direct source of the radiation also decreases exposure. There are basically three types of radiation-induced injury namely; external irradiation, contamination with
radioactive materials and incorporation of radioactive material into body cells, tissue and organs. It is important to note that the scale of contamination and incorporation can occur days to years. Priorities in the treatment of any type of radiation exposure are always aimed at treating life-threatening injuries and illnesses first, followed by measures to limit exposure, contamination control and finally decontamination. 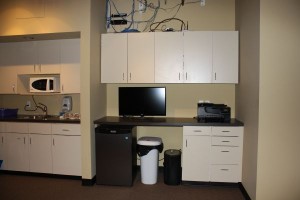 Hospital and countywide disaster plans should be in effect when managing a radiation disaster. Access restriction is very essential to prevent contamination of other areas of the hospital. Triage outside the hospital is the most effective means to prevent contamination of the facility itself. Floors need to be covered to prevent tracking of contaminants throughout the treatment areas. Strict isolation precautions should be enforced. All air ducts and vents must me sealed to prevent spread and radioactive contaminated clothing and similar items should be properly handled and disposed according to proper waste management protocols. These are just some of the preliminary plan of action when dealing with a nuclear related disaster and mass radiation exposure among people.