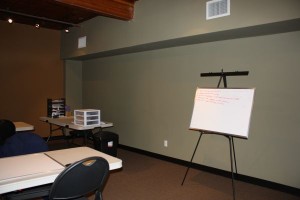 Vesicants are chemical agents that causes blistering and results in burning, conjunctivitis, pneumonia, bronchitis, hematopoietic suppression and in severe lethal doses lead to death.  Vesicants are also known was blistering agents or mustard agents which are usually delivered in either liquid or gas form that produces burns and blisters on the skin, eyes, throat as well as internal organs.

Vesicant chemical weapons once it penetrates the blood stream act as poisons which have detrimental systemic effects on the entire circulatory system affecting all body organs. Moreover, if these agents reach the respiratory system , death by asphyxiation is highly imminent. Mustard gas affects the entire body and is even considered highly carcinogenic (substances that induce cancer). Mortality rates of these chemical weapons are typically not as high as biological derived weapons, there are no known antidotes for vesicant agents and treatment approach is basically concentrated towards treating clinical symptoms.

Vesicant chemical weapons were once used in World War I and in the Iran-Iraq conflict in 1980-1988 wherein these highly toxic agents were used as offensive weapons to inflict damage to the opposing military force. Examples of these agents are nitrogen mustard, sulfur mustard, phosgene and lewisite. These chemical agents result in minimal (less than 5%) deaths but larger numbers of injured individuals. Liquid sulfur mustard has been the most frequently used chemical weapon in recorded conflicts because of the chemical’s corrosive effects to the skin. The skin damage resulting from liquid sulfur mustard is irreversible but is seldom fatal (2% to 3% mortality).

The initial presenting signs and symptoms of exposure to vesicant chemical weapons is very similar to large superficial to partial-thickness burn in the warm and moist areas of the body. There is stinging and erythema for approximately 24 hours, followed by pruritus, painful burning and small vesicle formation after 2-18 hours following the exposure to the chemical agent. These vesicles can coalesce into large, fluid-filled bullae. Lewisite and phosgene exposure result in immediate pain and tissue damage within minutes. When eyes are exposed, it results in pain, photophobia, lacrimation and decreased peripheral vision which can progress to corneal edema and eventual corneal ulcer. Respiratory effects are much more serious and often are the cause of mortality with vesicant chemical exposure. Purulent fibrins discharges often lead to obstruction of the airway resulting in asphyxiation and death. Gastrointestinal exposure includes nausea and vomiting, leukopenia and upper gastrointestinal bleeding.

Appropriate decontamination includes basic but effective use of soap

and water. Scrubbing and the use of hypochlorite solutions should be avoided unless necessary since they increase the penetration of the vesicant material on the skin. Moreover, once the substance has penetrated the skin it is impossible to remove. Eye exposure requires copious irrigation of normal saline solution. For respiratory exposure, intubation and bronchoscopy is performed in order to remove necrotic tissue blocking the airway. With lawsuit vesicant exposure, demicarpol (balanced with oil) is administered intravenously for systemic toxicity and topically for skin exposure. All persons exposed to vesicant chemical weapons, specifically sulfur mustard should be monitored for the 24 hours for any delayed/latent effects that usually follow after exposure.