The bacterium clostridium tetani is responsible for causing tetanus or lockjaw. Generally, it is important to note that the bacteria can move into the body via a wound in the skin. The clostridium tetani bacteria generate the protein known as the tetanus toxin which attacks the nerve cells, thus triggering spasms.

Furthermore, most cases typically occur every year. Being able to recognize the primary symptoms will allow the individual to seek immediate treatment once you suspect that he/she has acquired the illness.

Stiffness of the jaw muscles

Starting at the time of initial infection with Clostridium tetani up to the first early symptoms, it usually ranges from 3-21 days. Generally, the symptoms start on the 7th or 8th day after infection. In most cases, the initial symptom is spasms in the masseter muscles that control the jaw.

During a spasm, the masseter muscles become stiff while the jaw is in a firmly closed position. Take note that this symptom of tetanus is the reason why the condition is called as “lockjaw”. 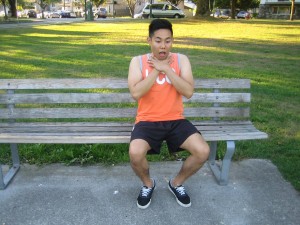 In most cases, the initial symptom of tetanus is spasms in the masseter muscles that control the jaw.

Facial spasms are included as early symptoms. The spasms typically manifest at about the same time as the symptoms that affect the jaw. The facial muscle spasms can cause unnatural expressions. In addition, the spasms that occur around the mouth can trigger a stiff, unusual grin that is called “risus sardonicus”.

Stiffness of the neck

Always bear in mind that the early symptoms manifest successively as the effects of the toxin travels downward throughout the body. After the jaw and facial spasms, the individual ends up with stiffness of the neck.

Once the individual experiences swallowing difficulties, it occurs right after the neck stiffness. It is important to note that swallowing involves the coordinated actions of several muscles. The spasms that occur in the swallowing musculature can disrupt with the coordinated effort required for normal swallowing.

Rigidity of the abdominal muscles

Spasms and rigidity of the abdominal muscles simply indicates further progression of the condition. The spasms can cause the abdominal wall to feel hard to the touch as well.

The initial muscular symptoms of tetanus are often accompanied by fever and sweating. These symptoms last up to the later stages of the condition.

Weakness and poor feeding in newborns

When it comes to neonatal tetanus, it is a rare form of condition. It typically occurs once the umbilical stump becomes diseased with the clostridium tetani bacteria. The early indications of the neonatal form include general muscle weakness as well as poor feeding.

Muscle spasms close to the wound

Generally, localized tetanus is an uncommon form of the condition. With this form of tetanus, the spasms only occur in the muscles close to the wound. In most cases, fever and sweating are typically absent.