Whether or not an individual becomes addicted to caffeine has been an issue in the medical field with some disputes focusing on how addiction is actually defined. Nevertheless, many health professionals have agreed that caffeine withdrawal can trigger the manifestation of symptoms that can range from mild to severe but tend to vary from one individual to another. If you believe that an individual is becoming addicted to caffeine and is eager to stop, a doctor must be consulted regarding the suitable programs specifically structured to put an end to caffeine dependency. If you want to be prepared with the steps to take in dealing with the symptoms of withdrawal and a possible progression to addiction to the substance, click here.

Drowsiness is considered as a common symptom of caffeine withdrawal among those who consume caffeine on a regular basis. This symptom oftentimes leads to feelings of sluggishness, fatigue and lethargy. Remember that the symptoms typically manifest 12-24 hours after the last intake of caffeine while the severity can vary from one individual to another. 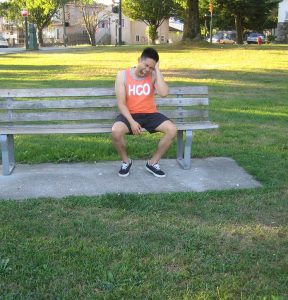 The most common symptom of withdrawal to caffeine is a headache. This symptom often develops within 12-24 hours after the last intake of caffeine.

The most common symptom of withdrawal to caffeine is a headache. This symptom often develops within 12-24 hours after the last intake of caffeine. In most cases, the headache often develops in a slow manner and felt all over the head. In some circumstances, the headache can become severe and throbbing. Almost most who regularly consume caffeine can experience a headache after stopping the intake and the occurrence and severity can tends to differ from one individual to another.

Issues with concentration or focus are another usual symptom of caffeine withdrawal. In severe cases, some individuals report that they become completely incapacitated and unable to work or attend school due to the manifestation of the withdrawal symptoms. In addition, the severity of the symptoms tends to vary for each individual.

In some cases, the individual can end up with diminished motivation to work. Anxiety, irritability and depression can also occur as symptoms of withdrawal to caffeine. Psychomotor and cognitive performance can also diminish based on specific tests that were conducted.

In some circumstances, flu-like symptoms were reported due to caffeine withdrawal which includes muscle ache, nausea and vomiting as well as heaviness in the legs and arms. The individual can also suffer from cold or hot spells along with a generalized feeling of being sick. The peak intensity of the withdrawal symptoms tends to occur 20-48 hours after the last intake of caffeine and can persist for 2 days up to a week.

If any of these symptoms are present in an individual who regularly consumes large amounts of caffeine on a daily basis, it is best that he/she should consult a doctor. In doing so, the doctor can determine the appropriate amount to consume to avoid the withdrawal symptoms as well as prevent caffeine addiction from developing.