Soccer is considered as a contact sport where players can end up struck in the head or face by the ball, another player, goal post or with the ground during a game. The contact sustained by an individual can lead to concussions, especially to the head. Since soccer does not require the use of protective head gear, injuries to the nose and mouth can also occur. Any head injuries sustained by the players must be given appropriate first aid care as soon as possible.

Unlike with other sports, soccer is not viewed as a contact sport. Even though there are padded head bands available, players do not use helmets like in lacrosse or football. Physical contact with other players can occur throughout the game as they go after the ball. Even though mouth guards are available, these are not used by most of the players. Once used correctly, mouth guards can help prevent injuries to the mouth and teeth. This is why these mouth guards are commonly used in boxing and hockey. 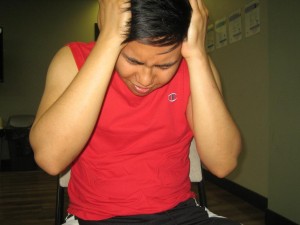 A concussion is basically an injury to the brain that occurs if an individual sustained a whipping motion of the head and neck or a strong blow to the head.

A concussion is basically an injury to the brain that occurs if an individual sustained a whipping motion of the head and neck or a strong blow to the head. The whipping motion will cause the brain to hit the interior of the skull, resulting to damage. The damage sustained can either be minor or severe, depending on the part of the brain involved and the force applied. All cases of concussions are serious and require immediate emergency care as soon as possible.

Due to the lack of protection to the face, the eyes are at high risk for injury. A direct blow to the eye can lead to a broken cornea or injury to the ocular nerve. Indications of an eye injury include loss of vision, blurry vision and swelling of the eyelids or the eye itself.

It is important to note that the soft cartilage in the nose can be easily damage by contact, thus causing damage to other parts of the body. Once the nose is injured during a game, it can damage the nasal bone or cause a deviation of the septum.

The mouth is also at risk for injuries. A strike from other players or even hit by the soccer ball can damage the lips, tongue and the teeth. Injury can be prevented if mouth guards are used but soccer players do not use them.

An individual who sustained a serious head injury will manifest certain symptoms such as a headache, disorientation, abnormal speech, nausea and even short-term amnesia. Some of these symptoms might not manifest until hours or days after the injury, thus it is important to observe the individual for these symptoms. Even if a blow to the head is not strong, it is still important to watch out for the symptoms. If any eye, nose, mouth of head injuries occur during a game, medical care must be provided right away.